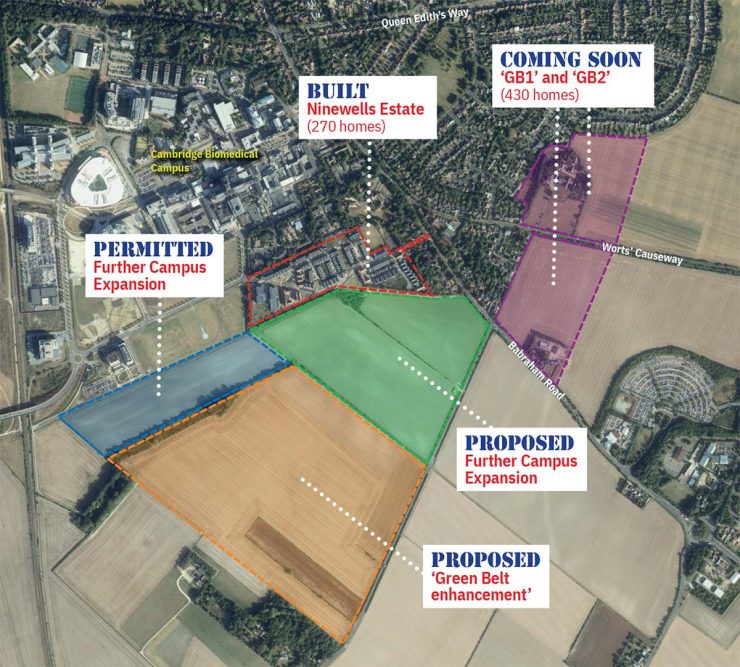 (The article below appeared in Queen Edith’s magazine, Winter 2021/22 edition)

The ‘Local Plan’ for the next two decades proposes to accelerate housebuilding in South Cambridgeshire. This six-page special feature explains what the authorities want to do, and how we can have our say. 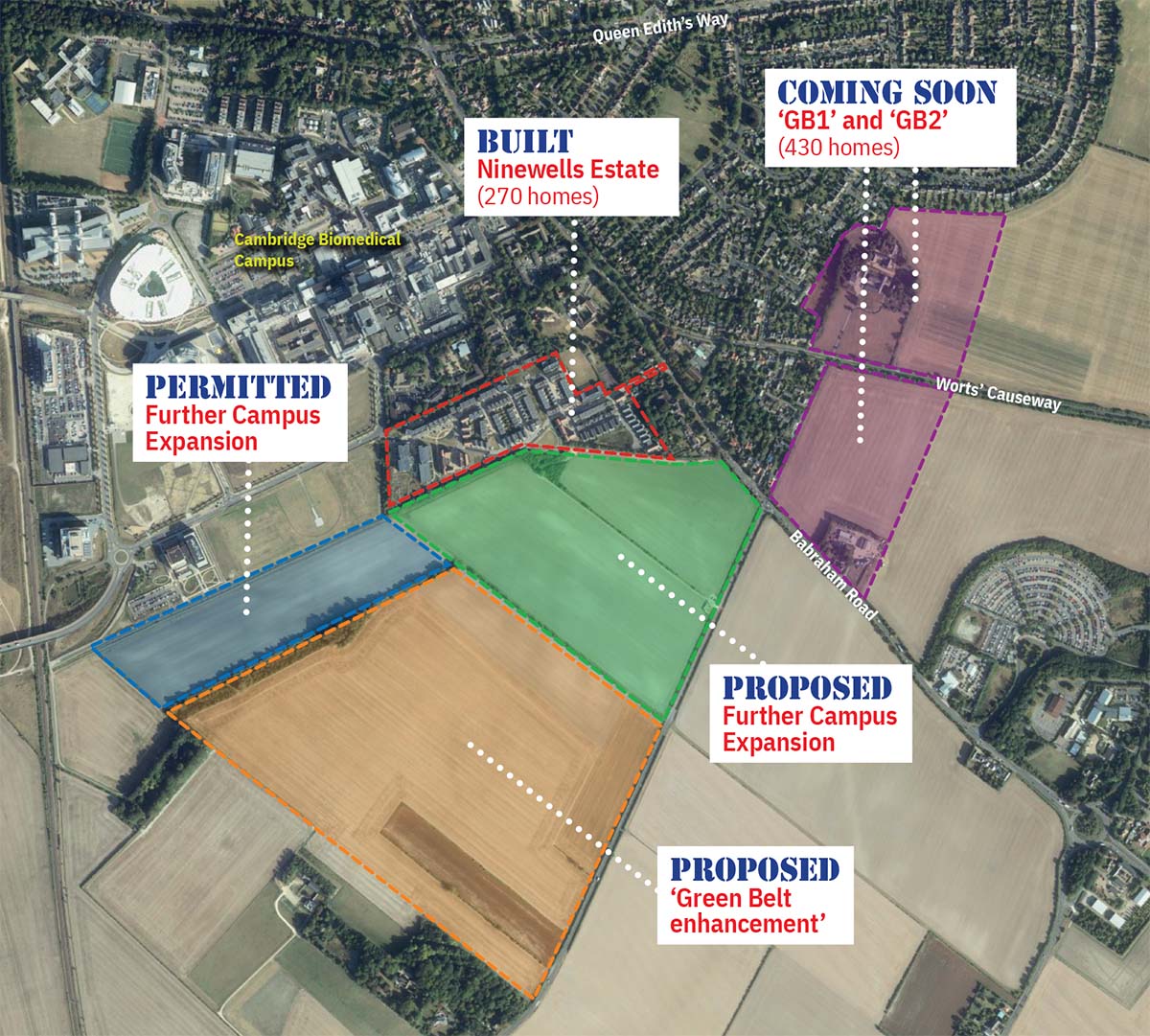 Anyone who’s watched decision-making about building locally will have heard references to the ‘Local Plan’. This is the huge guidance document which guides building and ‘development’ across the area.

Completely rewritten every few years, the Local Plan provides rules, plans and guidelines for everything from a house extension to the location of whole new towns. The housing estates being built off Worts’ Causeway? Guidance to build these was in the current Local Plan, which came into operation in 2018. The recent rejection of new apartments on Queen Edith’s Way? This was a decision supported by policies about appearance, size and activity levels all outlined in the Local Plan. And the huge housing developments in Trumpington? They all resulted from the Local Plans before that.

It is the Local Plan that creates the employment sites that have such a transformative effect on the city, for better or worse.

Of course, the plan can’t just include any bright idea; it has to be compliant with national policy, most specifically the National Planning Policy Framework. However, it is still a document that affects our area like nothing else.

The next Local Plan is scheduled to come into operation in the middle of this decade, and could  guide building and development for twenty years. The council staff creating it have been working on the project for a couple of years already, and have come up with some ‘first proposals’ about the ‘big themes’, where to build, and what sites should be protected as green space.

It’s not too late to change these ideas, but as anyone who’s been involved in these things before knows, they can quickly become runaway trains. The planners are asking for public input now, both on what they’ve come up with already and on the next stages of detail. Their feedback period is open until 13 December.

For the first time, this Local Plan is being created as a combined effort between Cambridge City Council and South Cambridgeshire District Council, to cover a combined area they’re calling ‘Greater Cambridge’. It will determine the number of new homes and jobs that should be planned for; where new development should happen; and to some extent, the services and infrastructure needed to support this.

The stated vision of the ‘first proposals’ is that: “We want Greater Cambridge to be a place where a big decrease in our climate impacts comes with a big increase in the quality of everyday life for all our communities.

“New development must minimise carbon emissions and reliance on the private car; create thriving neighbourhoods with the variety of jobs and homes we need; increase nature, wildlife and green spaces; and safeguard our unique heritage and landscapes.”

There are no confirmed plans to build anything anywhere yet, apart from on the sites that were allocated in the previous Local Plans and sites which already have planning permission, including the ‘GB1’ and ‘GB2’ fields off Worts’ Causeway, and potentially the Clifton Road Estate.

However, the new plan’s ‘first proposals’ have identified 19 more sites for additional development, chosen from over 900 submitted as possibilities by landowners.

These are spread throughout the region, and there’s one in Queen Edith’s – a large area to the south of the Ninewells estate (shown in green on the illustration above).

It is the city councillors here in Cambridge and the district councillors from South Cambridgeshire who will have a major say on the way the next Local Plan looks. Daniel Lee, who was elected as a Queen Edith’s City Councillor this year, is one of these representatives. He says: “I believe the expansion of Cambridge and the Local Plan should both be welcomed by all residents.

“To get the elephant in the room out of the way – Cambridge will continue to expand like every other successful settlement. We ought to feel proud that Cambridge is a place where people from all over the world chose to come to live. We should welcome the Local Plan (and especially the consultations) because it allows us to have a voice as to how Cambridge’s expansion should be managed. I believe that a good local plan will allow us to plan for the things our communities need, like schools and doctors’ surgeries, and mitigate the worst impacts of expansion.

“Cambridge is one of the most unequal places in the UK and there’s a severe lack of affordable housing. The expense of Cambridge often drives people away and this is not just a problem for migrants – locals born and raised in Cambridge are unable to buy houses here. It’s not sustainable that only the rich can afford the property prices. It’s not fair that young people face house prices twelve times the average salary. We can’t pull up the ladder up behind us – all people deserve the same opportunity to build a life here. 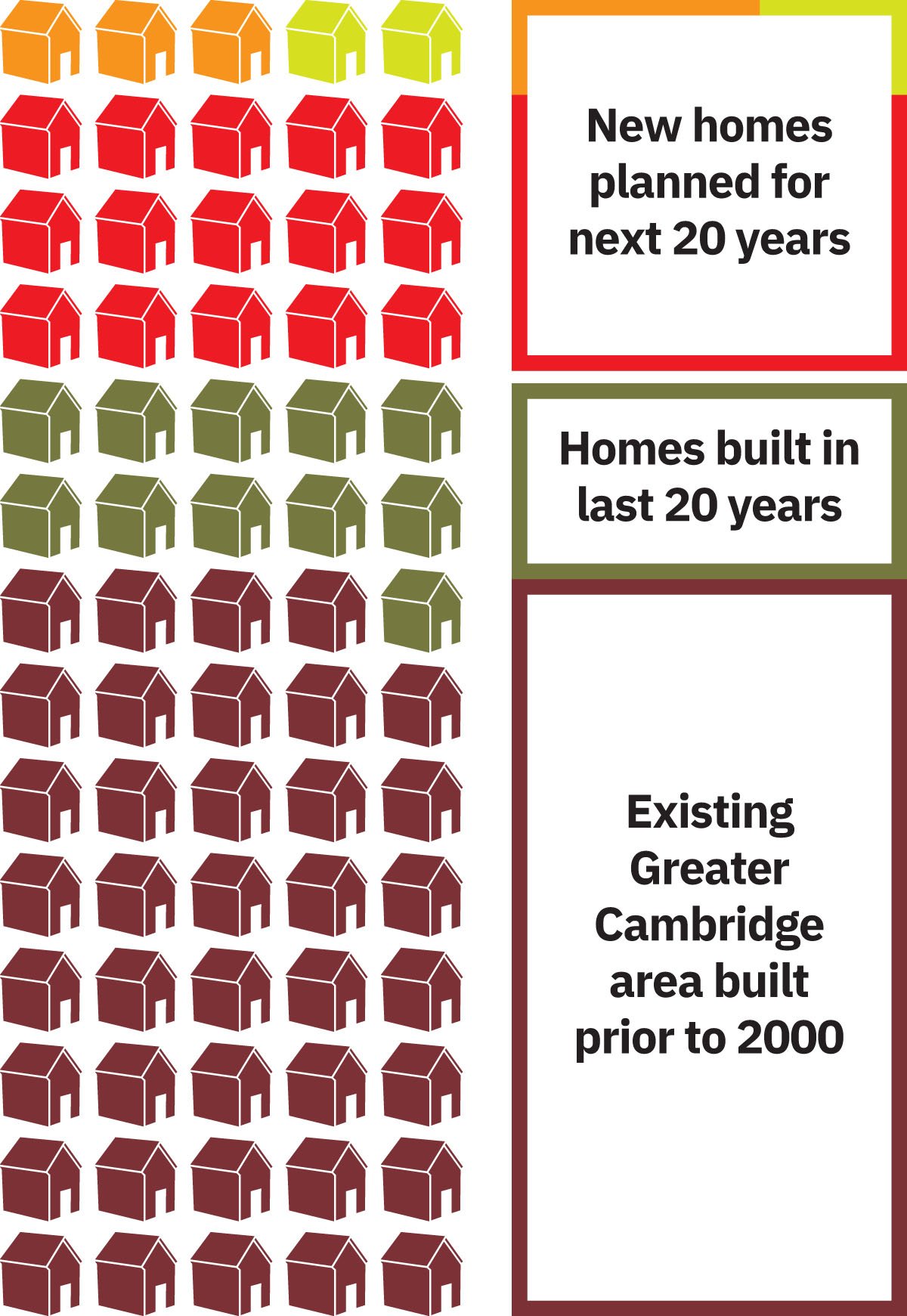 Rate of house-building to nearly double?

• The illustration here shows the scale of new home development under way or proposed in the Local Plan First Proposals.

In brown and olive at the bottom are the 124,000 homes in the Greater Cambridge area at present. Some 27,000 of these (shown in olive) have been added in the last twenty years or so.

Shown in red are the 37,200 homes already planned for the next twenty years, courtesy of previous Local Plans. In orange are 7,200 more homes that the new Local Plan First Proposals says are necessary in addition to these, and in yellow are a further 4,400 which are being proposed as a “10% buffer for flexibility”.

In total therefore, it’s proposed that 48,800 homes are built in the next 20 years, compared to the 27,400 built since the turn of the century, which has included the whole of Cambourne, ‘Great Kneighton’ at Trumpington, Ninewells in Queen Edith’s and many other developments.

Another one of our City Councillors, Sam Davies, has been less accepting of seeing growth as inevitable. She tells us: “My starting point for this Local Plan is to look back at promises made in previous Local Plans and compare these with reality of what was actually delivered. I find  this offers a helpful contrast to yet more breathless prose about ‘making great places’ and ‘building our way out of Cambridge’s problems.’

“For example, the 2006 Local Plan opened the doors to the expansion of the Addenbrooke’s site, which we now know as the Cambridge Biomedical Campus. Some 15 years on, the Campus tells us that that the solution to the problems caused by its growth – traffic congestion, inadequate facilities, etc – is to give a green light to yet more growth.

“What aspects of the policies and execution of the 2006 Local Plan caused the problems and how can we be sure they won’t be replicated or exacerbated?

“Then there’s the 2018 Local Plan, which allowed the removal from the Green Belt of the ‘GB1’ and ‘GB2’ sites on Wort’s Causeway, with all sorts of promises of ‘sustainable’ development. Subsequently the outline plans have been approved but with no safe or convenient walking or cycling access from the sites through to Queen Edith’s schools, GPs or shops. By what definition is that sustainable? How has something that hasn’t been built yet already gone so wrong, and how can we ensure we don’t continue to make these mistakes?”

Local MP Anthony Browne has also been outspoken on the ‘first proposals’, although his concerns relate largely on the impact on more rural areas to the south and west of the city. He writes: “Growth is not a problem in its own right – indeed, it is essential for any thriving economic and social hub like South Cambridgeshire. The problem lies in unwanted, unsustainable and unprecedented levels of housebuilding. This would fundamentally change the character of South Cambridgeshire from rural to urbanised, with all the pressures on services that will bring with it.

“I have raised this repeatedly with South Cambs District Council, writing a letter to the leader in July to ask that the council does not seek to build any more houses than required by national government targets. Local planners are contemplating going even further than I feared, with up to 3,000 new homes being built every year for the next twenty years – an extraordinary increase.”

Here’s how to have your say

Nobody can speak for all residents, and that includes Queen Edith’s magazine, but I’m sure that most of us will want the next Local Plan to respect the needs of residents in a climate of potential pressures from growth. Whatever your opinions, do try to have your say.

Unfortunately, the proposals and the feedback mechanisms are heavily geared to internet users, but the Queen Edith’s Community Forum is arranging for a copy of the proposals and some paper questionnaires to be made available at Rock Road Library.

For those who can read the documentation online, and reply using the online forms, we take you through everything in a step by step format at the Community Forum website. Just head there and you’ll see links to the background material, including explanatory videos.

Click here to read our guide on how to respond. 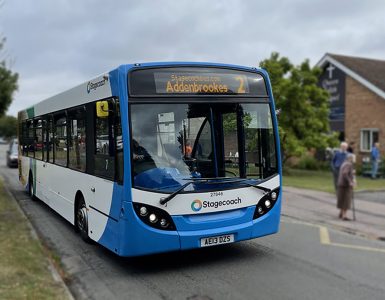 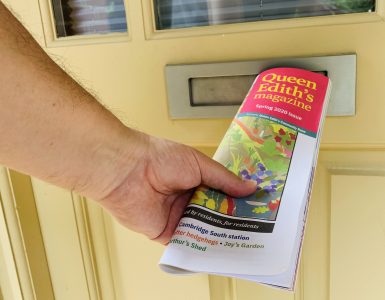